Keep Talking And Nobody Explodes – Review 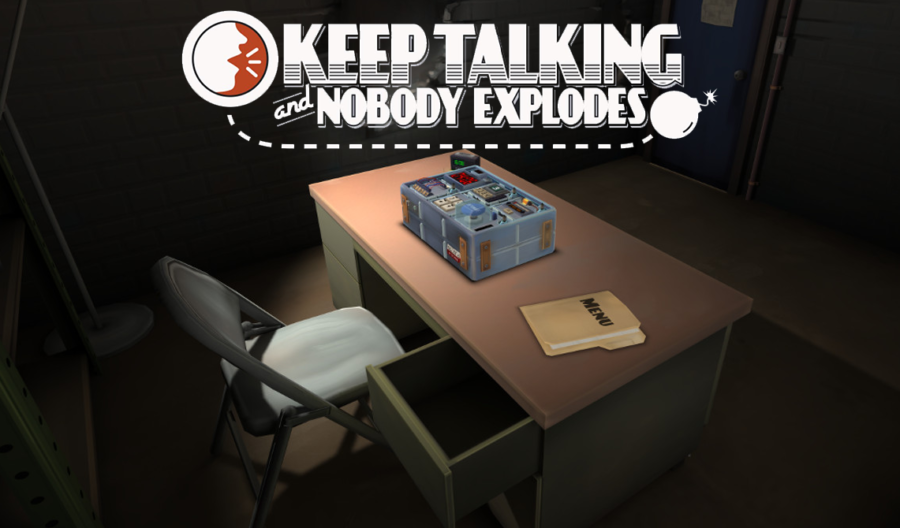 Ok how do I disarm a bomb? What? Why don’t you have the manual yet? GET IT!!! Okay, now that you have it what should I do? Cut the red wire. Really? There are three. Which one should I cut? NO. THERE. IS. THREE. NO. NO. THREE. I’m cutting the yellow wire. That worked? Well that was unexpected.

Have you ever disarmed a bomb? Well if you look to movies for a how-to, it might not go well but if you want to give it a shot you could try the game Keep Talking And Nobody Explodes. Grab a friend, hand them the bomb defusal manual and start exploding. Now let’s talk about each module one by one. 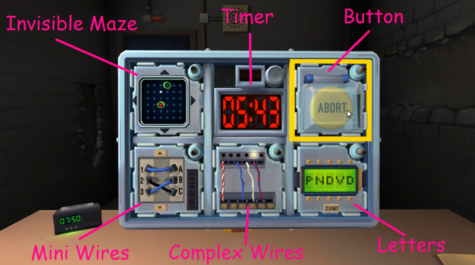 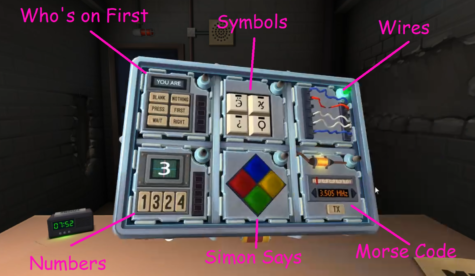 I was planning on going through each module going in depth and complaining about them but to make things more interesting I’m going to do this quick fire.

Button: Little harder than wires and by that I mean you just need to not be colorblind. Although the same could be said for wires. 7/10

Symbols: You just describe the shapes you see. That’s it. 8/10

Simon Says: Just play Simon Says. You are going to have to press different buttons than what flash but that’s what your partner is for. 7/10

Who’s on First: You ever see that skit? It makes everything easier if you just spell everything out. 4/10 ALSO 5.3 took 3 sessions to complete.

Numbers: GRAB SOME PAPER AND A PENCIL SO YOU CAN TAKE SOME NOTES. Seriously you NEED to take notes on which and where you press. 6/10

Morse Code: If you can read morse code you’re golden, if not you only need the first three letters or so. 4/10

Complex wires: None of this makes sense. There’s some weird venn diagram and it always fails us. 3/10

Mini Wires: Just follow the chart and you’ll be fine. 9/10

Maze: Remember Papyrus and his invisible maze from Undertale? This is like that but your partner has the map. 8/10

Letters: This one is easy but you do need a fair chunk of time for your partner to find the word. I would recommend you give them just the first three sets letters so that you can speed up the process. 6/10

The Dial: Just tell you partner which lights are on and practically break your neck trying to see where you’re meant to turn the dial. 5/10 My neck hurts.

So overall I’d give this game a 9/10 definitely a rage inducing game, but tons of fun regardless.

Now go out there, make a new friend and Keep Talking So Nobody Explodes.