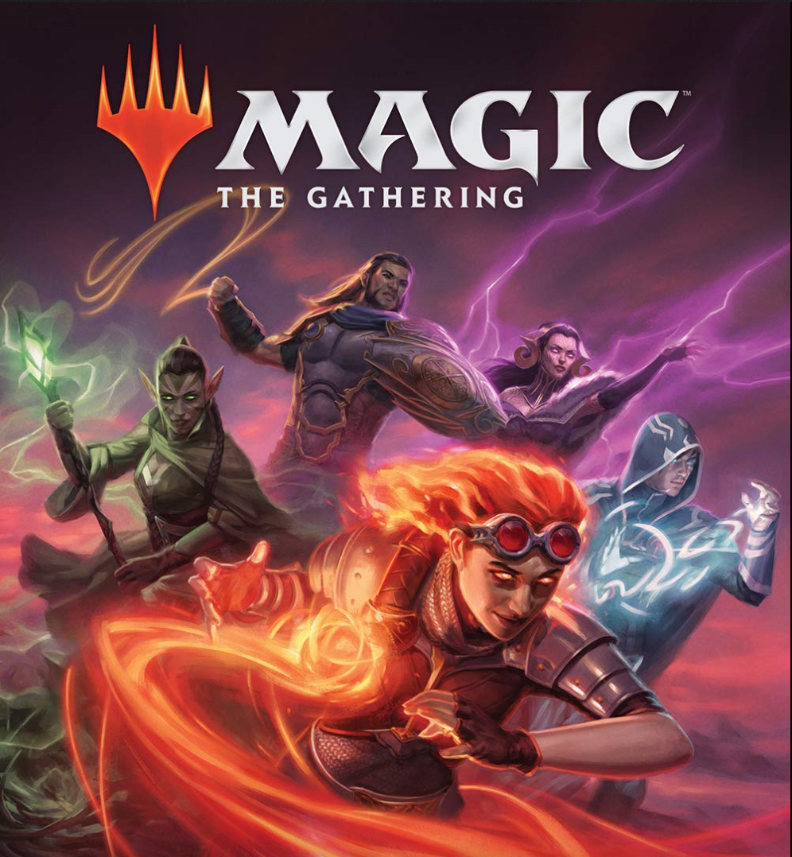 Magic the Gathering is a game where you are a “planeswalker” a person with the ability to transport yourself, whenever you want. Through the multiverse of Magic the Gathering. These different universes are called “Planes” not like the planes of existence. In this game you use a “deck” of cards called your “library”. In this library you have 60 cards, which can be different types of cards. There are Creatures which come out onto the battlefield and stay there to start taking down your opponents HP. Each creature has a power and toughness. There are then instants and sorceries. Both of these are spells that can be played that don’t stay on the field. Instants can be used on anyone’s turn, but sorceries can only be played on your turn. There are then enchantments. These are things that once played, stay on the field and give you a constant effect. Enchantments can be played on players or creatures. Giving them either buffs or debuffs. Then there are artifacts. Artifacts can either be creatures, vehicles that become creatures, lands, or they can act like enchantments. Then there are lands. Lands tap for mana that allow you to play spells. Each spell costs different amounts of mana and different colors of mana. Different colors of mana do different things.

Blue – Spells that disrupt and control the flow of the game, those spells also allow you to take extra turns and take things that aren’t yours.
Red – Small spells that burn down different creatures and are aggressive, with small creatures that can tap quickly for small amounts of damage.

Green – Spells that put down extra lands, or create big creatures. This color also makes small creatures into giant monsters.
White – Spells that allow you to gain life, and exile spells that are too hard to deal with.

Black – Spells that sacrifice creatures to make bigger creatures or fund spells that allow you to get creatures back from your graveyard.

Colorless – Large creatures that have extremely wonky and powerful effects.

Overall, Magic the Gathering is an expression of skill and creativity, it is also an expression of risk taking. The game mechanics, as it is a card game is a 9/10 as some older cards are worded extremely weird. The story behind each card though is 10/10 if you want to look into it. The game is hard to get into as well, as there are a ton of mechanics that you have to remember. You can have any number of colors including colorless as long as you have the right color mana in your deck for it. Each deck can play with up to 24,158 unique magic cards (not including reprints). So go out there and make a deck, make some friends, and have fun.